The wait is over: The CLASSIC Double Rifle is now available with Ejectors*!

But that is not all; it is an "intelligent" ejector that reacts differently, depending on the situation at hand. In situations when fractions of seconds count, the ejectors will eject the spent shells and thus minimise the reloading time for the gun. In situations with more time at hand, the ejectors can work as an extractor and thus enable the hunter to reload absolutely silent.

The functions "Ejecting" or "Extracting" are controlled by the hunter through the cocking lever of the rifle and thus can be easily, quickly and safely chosen during the hunt, depending on the need at the time. No tools or complicated handling are necessary! The "intelligent" ejector of the CLASSIC is another milestone in innovative weapons technology by KRIEGHOFF. 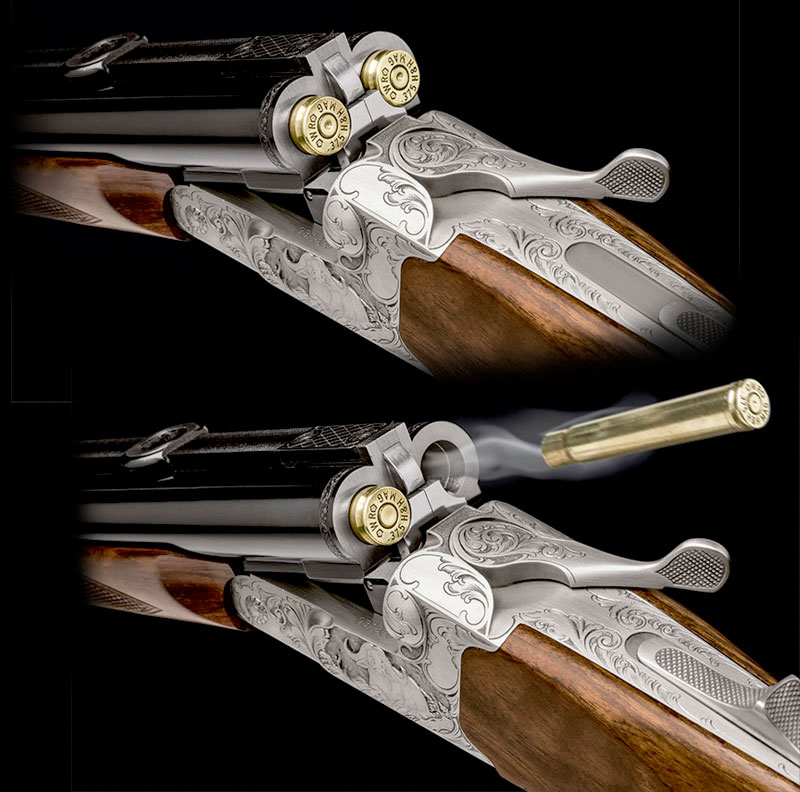 The Krieghoff Classic 'Big Five' is one of the best known double rifles for dangerous game in the World. This superbly accurate and reliable rifle has earned the respect of Professional Hunters and Sportsmen for its safe logical handling and reliability. Until now it has only been available as a non-ejector but new for 2013 is the ejector version. As is usual, Krieghoff have gone one step further and made the ejection selective and incorporated it seamlessly into the handling of the rifle by combining it with the already well known manual and combi cocking systems.

Krieghoff produce some of the most reliable rifles in the world. The configuration options allow you to get exactly what you want from your rifle.