Whether you are choosing a K-80 for trap, skeet, or sporting clays, it will be built around the same receiver, the difference between the models being in barrel length, rib configuration, and stock dimensions. Those choices will be described in detail in the following pages, but there are several important features that are common to all K-80s.

The K-80 receiver is the heart of the K-80 system. A workhorse capable of firing many hundreds of thousands of rounds in its lifetimes it begins as a piece of high quality forged steel being shaped in sophisticated computer controlled CNC machines. It is finished in the best tradition of German craftsmanship, all internal parts filed and hand fit with the consummate touch of one of Krieghoff's highly skilled gunmakers.

The K-80 Action is the same throughout every different specification. It's only the Barrels and Stock & Forearm which determines the model: 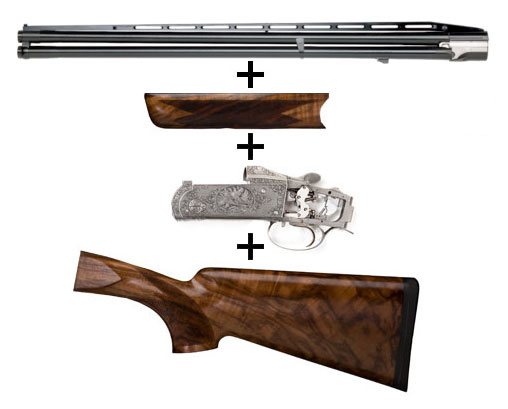 The K-80's unique sliding top latch provides strong lock-up, easy barrel interchangeability, and great durability. Because the top latch secures the barrels to the receiver at the optimal leverage point, it eliminates the need for both underbites and side-lugs. This in turn makes for easier barrel fitting and makes it possible for a single K-80 receiver to be fitted with a great variety of barrels - from a .410 skeet over-and-under to a 34" unsingle. And because the top latch slides forward to adjust for barrel wear, it helps maintain the gun's tight fit and solid feel for hundreds of thousands of rounds.

The K-80 is driven internally by coiled main and sear springs that ensure both very fast lock-time and a predictable consistency of feel and performance. All essential internal parts are machined from high quality tool steel to withstand wear and stress during even the heaviest use. 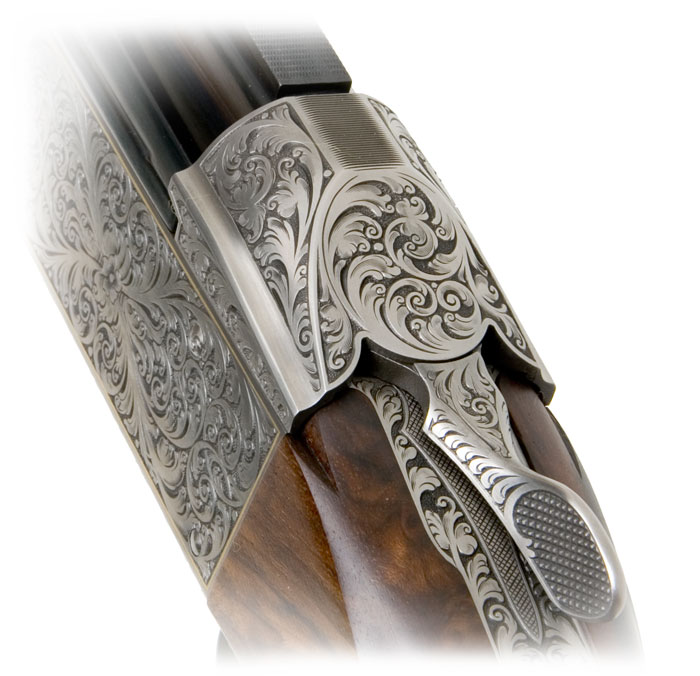 The K-80 has a single selective mechanical trigger with a crisp, positive feel. The trigger shoe is wide and smooth, has a deeply curved profile for maximum control and comfort, and can be adjusted back-and-forth for best grip length. Release trigger systems, which are particularly popular in competitive trap shooting are available from Krieghoff on special order, both in Single Release or Double Release configurations. The model K-80/RT featuring a removable trigger allows for the use of Release Triggers as well.

The barrel selector is located just in front of the trigger and can be made fully functional or locked in place with a turn of a small hex wrench to prevent its being switched unintentionally. 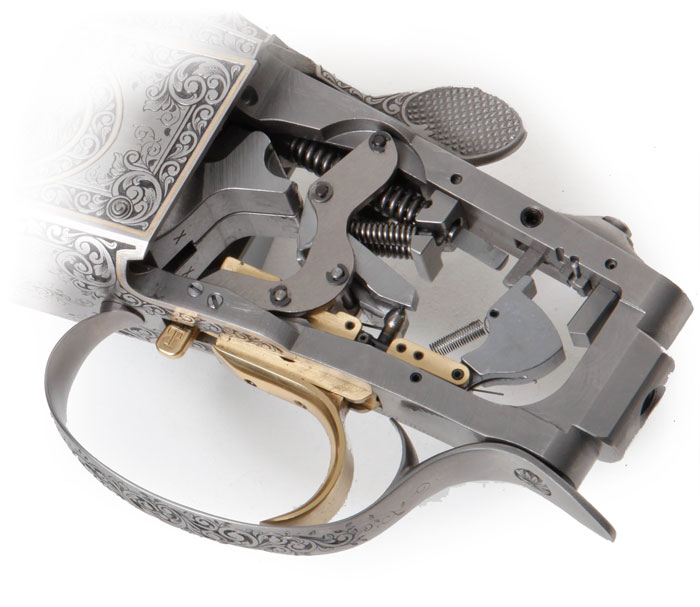 The K-80 is equipped with a large non-automatic sliding safety, which is located in the conventional manner on the top tang just behind the opening lever. The safety has a large button which must be depressed before the safety can be moved. During competition, when the gun is being used under strictly controlled conditions, the K-80's safety can be locked in the 'off' position to assure that no targets will be lost because the safety is inadvertently engaged. The K-80's safety must always be made operative, of course, when the gun is used in the field. 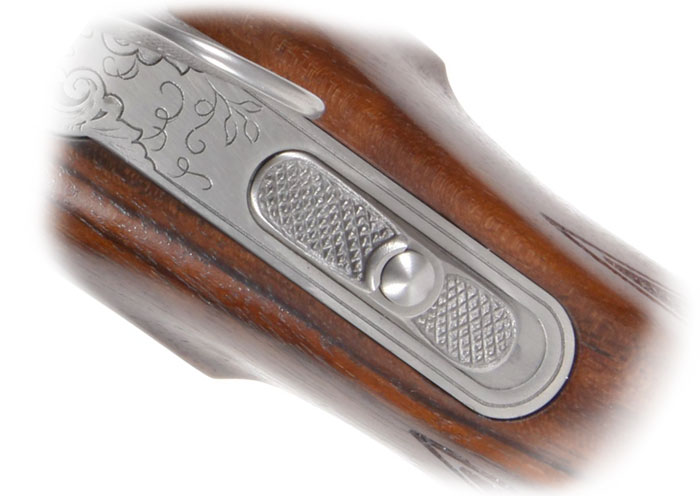 To get an idea of what you can choose when buying a K-80, visit the Krieghoff Options section. You can select barrel type and length, stock grade and engraving pattern.